Originally posted on allwomanalltrails.com; you can find the link here

After 11 days off trail, I planned to do a NoBo section hike from the border of Connecticut to Manchester, Vermont. At the last minute, my shuttle driver didn’t return my call, so I decided to hike SoBo.

I had felt anxious upon waking up and making the drive up to Vermont. Even entering the woods, I felt a little off. I continued to push through the mental barrier passing many NoBos and asking about SoBos they had passed. Later on in the day, a gentleman named Switch said he had passed 16. I knew they were out there.

I decided to camp at Stratton Pond to avoid the rain. A few other hikers were camped there too. I saw in the log book a father and son I passed leaving Rattle River had stopped there for lunch. People I knew were close by! I switched out some of my gear and didn’t sleep the best missing my longer sleeping pad and sleeping clothes. 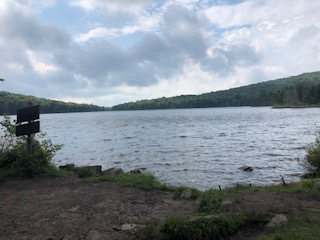 I was the first one to leave the shelter in the morning and the lucky one to knock down all the cobwebs. I enjoyed Stratton Pond fire tower and kept moving quickly in the morning due to the need for a privy and it being 10.5 miles away. Once I made it to Story Spring, I hung around for lunch and met a couple of NoBo hikers.

It seemed like I was cruising along but time was barely moving. I struggled mentally. As soon as I stepped off the trail, I wanted to keep going. But as soon as I got back on, it was tough. I kept thinking about how I wanted to start eating healthy again, establish a rountine, and prepare for the new school year.

I also found out a brother/sister and their dog are about 40 miles ahead. Top is about 30 miles ahead. Steady is close by too. Goat and Kierra are just behind me.

I still managed to get to Goddard Shelter before 4 and decided to call it a night. 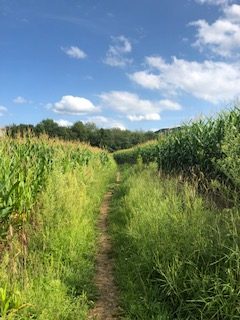 Again I was the only SoBo camped at the shelter and I took off first thing in the morning, knocking all the cobwebs down. Time seemed to be passing so slowly but the miles passed effortlessly.

I headed down towards Route 11/30 and had hoped the trail magic was still happening because I was unable to get enough service to request an Uber. My plan was to move my car from Manchester to Bennington. I had nearly done 10 miles before 10 when I got down to the road and discovered indeed there was trail  magic. I briefly mentioned to the folks about my desire to get back to my car. At first, she told me they would take me in town and there was a bus I could catch. But after chatting with her some more, she offered to take me the 32 miles back to my car when her other friend got back with her car. I couldn’t believe the generosity of people helping out a complete stranger. She even offered for me to come back to her house to shower and stay. Her husband even offered for her to stop at the house for some of his homemade wine. Like, what?

She dropped me off at my car and I switched out some of my gear. I wanted my sleep clothes back instead of a liner and wanted my old shorts and hiking shirt back as a mid layer. After that, I drove into Manchester for lunch at Cilantro and grabbed a few snacks from Walgreens.

I drove back to the trailhead and ran into the trails angels again. I said my final goodbyes and took off for the trail around 1:30. I made it to the next shelter around 3:30. I met entertaining NoBos and decided to keep hiking to my intended goal for the day despite going into town.

Even though I was hiking big miles, I was struggling mentally. I couldn’t help compare this trip to my last. I talked to a friend on the phone and I hiked the last miles of the day, which cheered me up. Talking to this friend, who is from New Hampshire, we tossed around the idea of starting a new trip to the Whites. I was excited by this possibility and eagerly strolled into camp.

The only thing about arriving around 7:30 to camp was it meant I went to bed later. I didn’t end up sleeping well due to the rain. 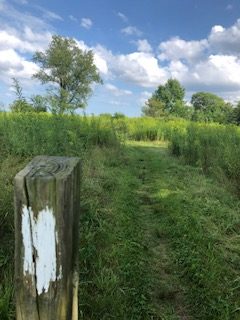 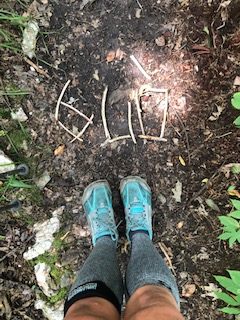 I got a later start out of camp than expected. I slept a little later due to the rain and the gentleman that came into camp late, who had set up close by had woken me came out of his tent to chat.

Again the miles were going by but time seemed to be moving slow. I walked through North Adams, which I enjoyed because it walked right by an elementary school and one of the teachers had her students write to hikers. I begrudgingly walked up the first two mountains before reaching Greylock. I walked up the tower and grabbed some food from the lodge, where I finally ran into two other SoBo hikers! Sweet Pea and Genie who were also planning on sleeping at the church in town. I had mentioned my car and informed them I planned to grab my car today and could drive them places.

I made it to the church a little before 5 and some NoBos were already camped there. Unfortunately, Cheshire is a very small town and there was no Uber to be requested. I started calling local shuttles when a car pulled up at the church and drove around back. I headed back to the tents and noticed the guy from the car was talking to the other hikers. I walked up and he had asked if I needed anything. I informed him about my situation and he was more than happy to drive me an hour to get my car! The trail provides again!

Steve stopped by his house to feed his dog and we were on our way. I found out Steve hasn’t hiked the trail but shared a similar experience in doing bike tours. He even offers his house for other bikers to stay. He often stops by the church to see if hikers need anything. I continuously thanked him for being my trail angel and once again I was back at my car.

I headed into Bennington to eat at Cilantro because it was so good but found out it was closed. I stopped on the way home for a sandwich and a milkshake as I continued on my way. Next I stopped at Walmart for a light resupply and headed back to the church. I made it back around 7:30.

The last task of the day was deciding whether I wanted to go to New Hampshire after showering and laundry in the morning or hike to the next town, Dalton, and get a ride back to my car. After I gave another hiker a ride to Dollar General, I decided I’d figure it out depending what time I woke up in the morning. 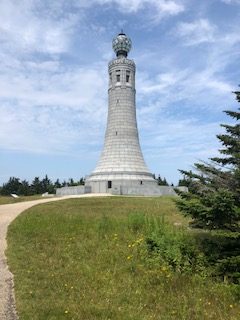 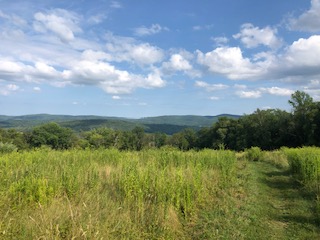 I woke up before 6 and decided to hike to the next town basically slackpacking myself and hoping I could get a ride back to my car. I moved swiftly through the forest and was able to reach Dalton and request an Uber by 10:30. I reached my car before 11 where I drove back to Dalton for a shower at the community center.

After talking to my Uber driver, he did not recommend a laundromat in the area. I stopped at Juice n Java after my shower for coffee and a breakfast sandwich for the road. Thus, I began a vacation from my current adventure and a retreat to the White Mountains.